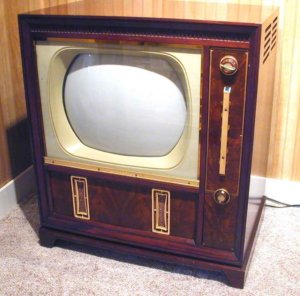 Back in the 1950s, when TV was first gaining popularity as an entertainment medium, advertisers had it fairly easy life.With only three networks in the US and one in the UK  and one viewing screen per household, sometimes even less, from my grandma stories, in Italy they had one screen per apartment block and they had the Television Room, i still remember that in my first apartment block that was built in the 1963, we had the Playing room where all the kids during winter where coming together to either play social games or watch kids cartoons, so yes going back to it, the audience was highly concentrated. 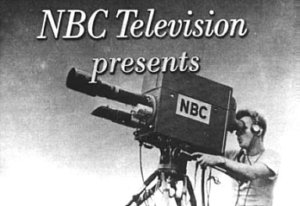 Because of this concentrated TV viewing audience, advertisers knew when, where and what the whole country was watching without the need for sophisticated technology, data collection, or analysis.

Today’s television viewing landscape is very different. While TV screens still account for 91% of our viewing time, we’re now able to watch great video content wherever, whenever and however we want. According to Nielsen, traditional TV watching has declined 44% for viewers 18-24 years old and 32% for viewers 25-34 years old over the past five years. Meanwhile, streaming video is on the rise. In 2017, 59% of American households had a streaming video subscription, where in the UK the numbers are lower with only 40% of the population is subscribed to Streaming video platform the like of Netflix or Amazon Video, all of this compared to just 38% in 2014 and a very low 12% in the UK for the same period.

While we may begin a show on the couch, we can now pick up where we left off on our mobile phones, tablets, or laptops. Younger consumers are leading this new TV viewing habit. According to Nielsen, the average 18-24-year-olds spent more than 90 minutes watching video on smartphones in Q2 2017, which is 82% higher than the average adult.

While this cross-screen viewing experience is great for us as viewers, it creates complexity for marketers. Marketers now need to reach and engage with their audiences across all these devices and contexts, meaning the traditional model of broad, demographic-based TV advertising is no longer enough.

Luckily, advances in advertising technology are improving marketers’ ability to create cross-screen, cross-channel campaigns. Brands can use this technology to create more effective, data-driven creative, and targeting strategies at the scale that reach audiences where they are actually viewing content, at the moments when they might actually care.

Successful marketers move beyond basic demographic and household targeting to reach high-quality and engaged audiences. This includes building campaigns that span content types and viewing devices, for example, by including ads on over-the-top video programming and on internet-connected TV devices. Use more advanced audience data beyond age and gender to reach audiences who will actually be interested in the brand message.

Move potential customers down the purchase funnel with personalized, relevant ad experiences. Think about brand touchpoints holistically and coordinate the ad placement, asset length, and message sequence to the device context and the audience’s mindset. This includes considering ads across devices and on non-video inventory in addition to video inventory to broaden reach while maintaining quality.

Align teams from the start

Align TV and digital buying teams from the outset of a campaign and act on insights quickly. In many cases, successful marketers are able to include more advanced key performance indicators (KPIs), such as viewability or brand lift, as part of their campaign targets. And they optimize campaigns quickly to improve performance even mid-flight.

Maximize marketing investments by consolidating media buying in one tool, rather than using several. This improves the effectiveness of campaigns by achieving more reach for the same investment, and improves resource efficiency by saving teams time.

While changes in TV and video viewing behaviour have created challenges for marketers, they have also created great opportunity. Marketers now have access to more useful and actionable data that can unveil consumer preferences and intent. The progress made in advertising technology means that marketers have tools to take action on this understanding and deliver personalized messaging at scale.